Why do Couples Seek Therapy?

Below are just some of the reasons couples call me for an appointment seeking a couples therapist. Once they come in, many couples discover they are ambivalent about continuing in the marriage or realize they want to work on problem areas and stay together.

Some Reasons Couples Seek out a Therapist:

Sometimes, one partner has been having an affair and needs a safe pla

ce to disclose it.  I’ve worked with couples that decide to stay together after infidelity developing healthier relationships. Of course, lots of couples do not remain in the marriage and work towards divorce.  If enough trust and safety is created in the therapeutic relationship, the couple learns how to communicate their needs and wants more effectively. This often leads to a deeper connection and greater emotional and physical intimacy.

Examples From My Couples Therapy Sessions 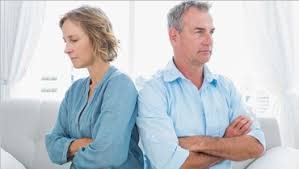 Let me give you an example of how showing more vulnerability helped develop more trust in the relationship. Just to be clear, this example is a composite of my experiences, not an actual couple in therapy with me.

Sally and John sat down on the couch next to each with some room between them.

Sally begin by saying they had been married a little over a year, and were fighting constantly but not sure why.  John agreed and added that they were less intimate in and out of bed.

During one of our early sessions, I asked each of them to say what attracted them to one another, in hopes of reminding them of the positive aspects of their connection.

By asking them to simply say what they each felt and listen carefully to one another, this freed them up to be less angry and more trusting in the relationship. 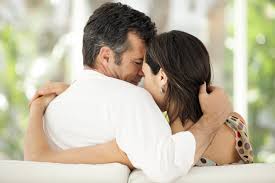 As they learned more about each other’s backgrounds, they developed a more in depth understanding of some their patterns. These including overspending money because of early deprivation resulting in an insecure attachment to the mother, and multiple hospitalizations for a chronic childhood illness, which led to feelings of uncertainty and anxiety in adulthood.

Overtime, they developed more empathy for each and stopped fighting. Instead they listened better to each other and became more respectful and admiring. That’s not to say they didn’t have conflicts, but they learned to how to communicate better when they did have them.

Claims of Favoritism During the Therapy Process 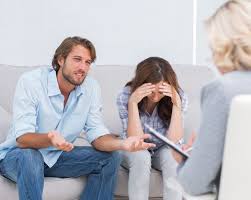 Sometimes one person in the couple will complain the therapist is partial to the other person. It is important to raise this question with the therapist and not be concerned about his or her reaction.  The Therapist is trained to reflect on his or her own experience. It’s called countertransference, which focused on the internal feelings of the therapist.  Sometimes, by bringing this up, a therapist will recognize what is leading to the question and adjust the way they are working, and use it as an opportunity to explore what’s leading to that feeling.

If for example, if a person struggles with sibling rivalry, it might get triggered in the treatment. In reflecting on experiences growing up, it also allows their partner to better understand them.

These are just a few examples of what comes up for couples and therapists in Couples Therapy. As I’ve suggested, it is a very rich and effective way to improve communication and connection.